Running through my head, clouding my brain, the numbers…..

It’s part of what I do.  I guess it’s why I majored in accounting.

I just can’t get away from the numbers.  But, I know that not everyone gets them and/or cares about them.

But, for those of use who NEED them – I will be simultaneously sharing the numbers story behind The Great Purge. 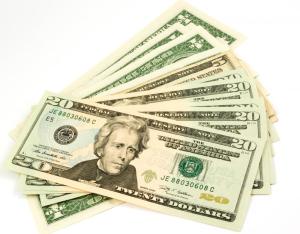 Starting with the big picture, I track expenses on a software program.  All debit and credit card purchases are categorized into spending areas.  So, if I bought a coffee or a beer with cash – there is no record.  But, I hardly carry cash because I like to know where my money goes.

I divide food expenses into two categories in our household:  Dining Out and Groceries.  Groceries includes all alcohol purchases from a store or growler fills (more on that in a later post).  It doesn’t include household items like cleaning supplies, personal hygiene and toilet paper.  Dining out is purely what it says.

Here are the numbers from the highest level over the past two years:

We’ll break those numbers down further in future posts.

Right now, two questions: 1) do you know what you spend and 2) should you care.

Posted by KSeed on January 7, 2013 in Uncategorized

So what’s the story?

Let’s be clear – we are NOT minimalists around here.  I mean – even if we’d want to be – it ain’t happening.  We live in the midwest, in a typical-size, newer, subdivision suburban home, with three children – we are not minimalists.

But, we don’t like alot of stuff.  And on top of that – my husband was in the military.  I’m sure you’ve heard the phrase ‘a place for everything, and everything in its place’.

So, Christmas tends to be hard around here.  We want gifts, we need things and we want things.  But, where does all the new stuff go, what do we give away that we no longer need, and what can we use up.

Last year, after Christmas, I thought that the easiest place to start ‘purging’ old stuff would be the food.  All kinds of leftover cookies and candy.  Leftovers from meals – a few pieces of lasagna, frozen turkey, homemade broth, etc.

I announced that we would be eating leftovers until they were gone.

About a week later, I made a second announcement (mainly to the kids) that things were going to start getting very interesting around meal-time.  (Read this as kids begin to eat lots of PB&J and grilled cheese sandwiches).

I had decided I was going to use everything before I started purchasing new.  I would buy no proteins and no canned/dried goods until everything was gone.

I started getting really creative and like the loaves and the fishes – it seemed there was no bottom to the freezer or back to the pantry.  Would it ever end?

And some point, we named this exercise ‘The Great Purge’.  I know – the name bothers some, but it’s stuck at this point.

This year, I’m going to capture meals and share on Facebook and Pinterest.  I’m going to blog about it and I’m going to see who wants to join in, who can help me decide what to make, who can guess how long this can possibly go on, and how we all can learn from and share with each other.

The first step this year – (cheat on Facebook if you want) – how many meals was I able to prepare last year before buying protein or canned/dried foods?

Posted by KSeed on January 7, 2013 in Uncategorized